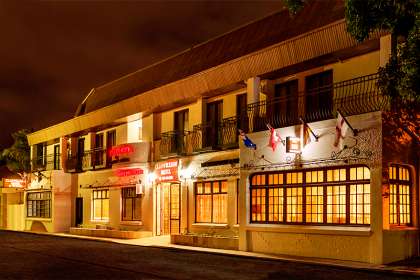 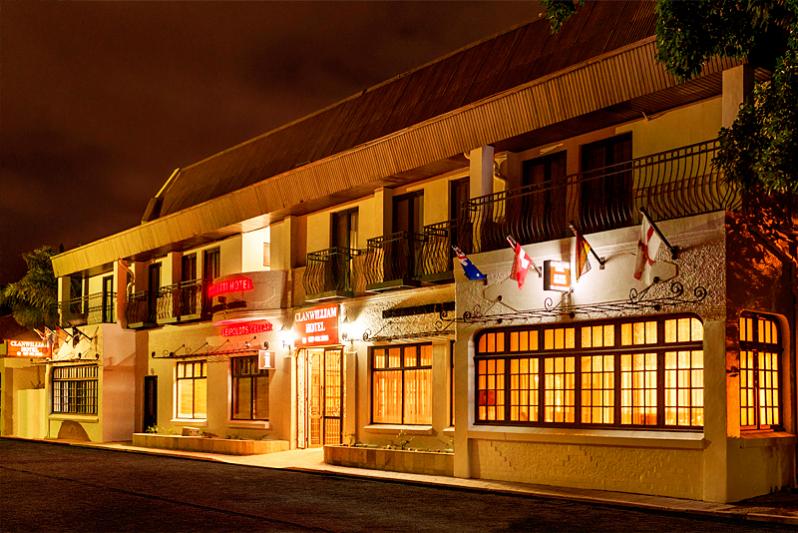 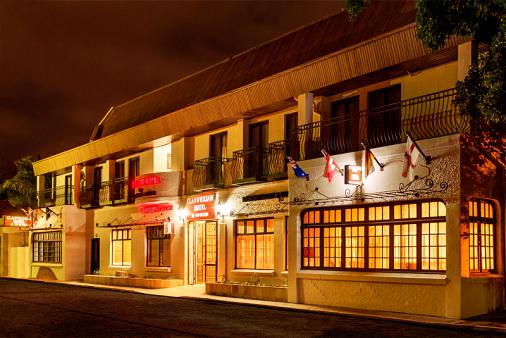 ... Clanwilliam Hotel provides hotel accommodation in Clanwilliam, Cape West Coast. Ensconced in the magical Oliphant's River Valley, Clanwilliam Hotel is situated off the beaten track. Only two hours drive from Cape Town, the hotel offers air-conditioned rooms, swimming pool and secure parking. When you enter Clanwilliam Hotel, it is like coming home. Visitors are still welcomed with true country hospitality. Founded in 1732, the picturesque Cape Dutch homestead of Clanwilliam is one of the ten oldest towns in the country. Tucked away at the foot of the Cederberg Mountains and perched on one of the countries favourite dams, its rich settler history offers a central location for a variety of attractions from flower viewing to bushman art and a range of watersports. Clanwilliam is also famous for growing and cultivating Rooibos Tea and for its original leather 'Veldskoene' factory. Conference & Dining: Our conference room can accommodate up to 50 delegates and management will make any special arrangements for you. Rooms: There are 43 air conditioned rooms in the hotel and pool rooms. All with en-suite bathrooms. Clanwilliam Hotel is a 5 min drive from the spectacular 18 km long Clanwilliam Dam where visitors can partake in a range of water sports the likes of waterskiing, wake- boarding, parasailing and angling. Nature enthusiasts can enjoy sweeping vistas of flowerscapes in the nearby Ramskop Nature Reserve which boasts over 200 indigenous species of wild flowers.
From R1080
Per person, per night sharing
Sleeps 2 in 1 units / rooms
Instant Booking Facility Instant Booking
View the full Town List

Clanwilliam rests at the foot of the Cederberg mountain range, 230 km from Cape Town. One of the only towns in the world where rooibos is planted and cultivated, Clanwilliam is also one of the ten oldest towns in South Africa. It was originally called Jan Disselsvalleij but was changed by Sir John Cradock in 1814, after his father-in-law, the Earl of Clanwilliam.