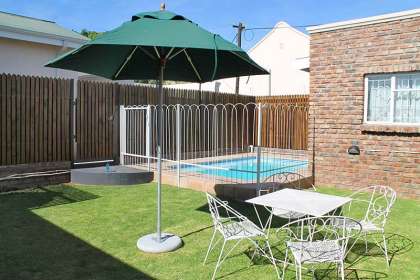 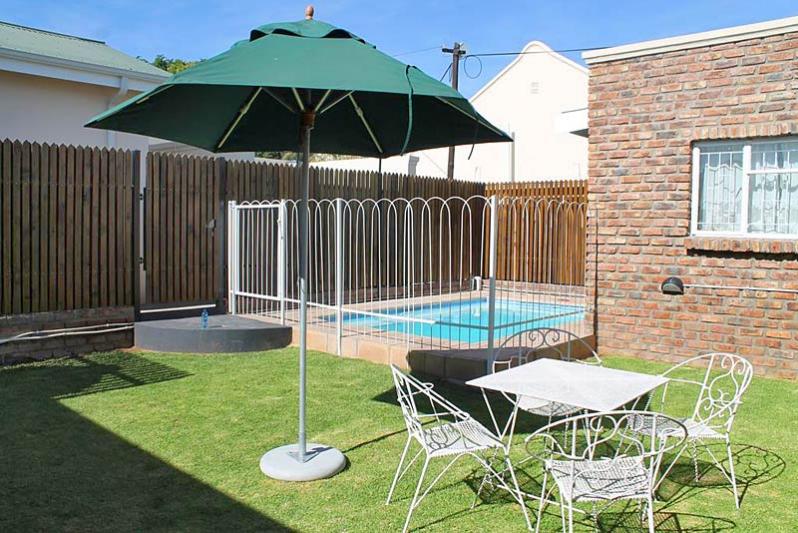 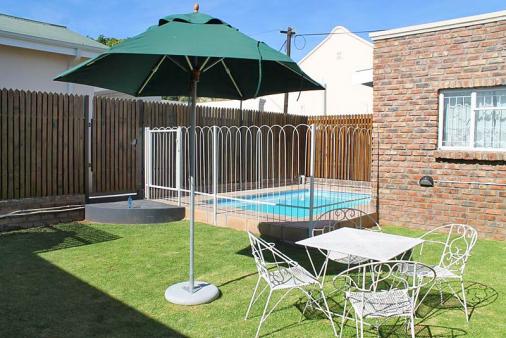 Self Catering in Beaufort West

... Bakgat Blyplek offers 2 self catering accommodation units in Beaufort West in the Groot Karoo and Klein Karoo region in the Western Cape. Christiaan (BB) and Cornel Bekker, your hosts, invite you to enjoy a "Bakgat" accommodation experience in our newly developed self-catering units (each sleeps 4). Luxury and comfort is the standard! We offer free WiFi, percale linen on the beds, double glass on all the windows for soundproofing, DStv (Guesthouse bouquet), security gates and beams with armed response, braai/BBQ facilities and 3 restaurants (Spur, Wimpy and Nieuveld Reastaurant) within a 150 m radius. Beaufort West is the "heart of the Karoo" and we specialise in "Karoo hospitality". Each unit is comprised of an open plan living area - leather sofa, modern dining room set, air conditioning and DSTV on a HD Plasma TV. The kitchen is fully equipped with the latest and greatest equipment. There are two rooms. The main bedroom has an en suite-bathroom. Both bedrooms have built in cupboards, a vanity, carpets, black-out curtains and air-conditioning. The main bedroom has a queen size bed and built-in safe for your valuables. The en suite-bathroom has a walk-in shower, washbasin and a toilet. The second bedroom has twin beds with a connected shared bathroom consisting of a walk-in shower, bath, washbasin and toilet. Each unit has an outside braai/ BBQ area and undercover parking for 2 cars. Visiting Beaufort West? Come enjoy our professional service and leave here feeling that you have had a "Bakgat" experience!
Instant Booking Facility Instant Booking 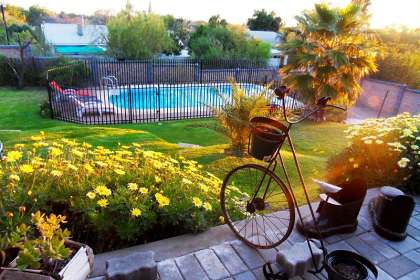 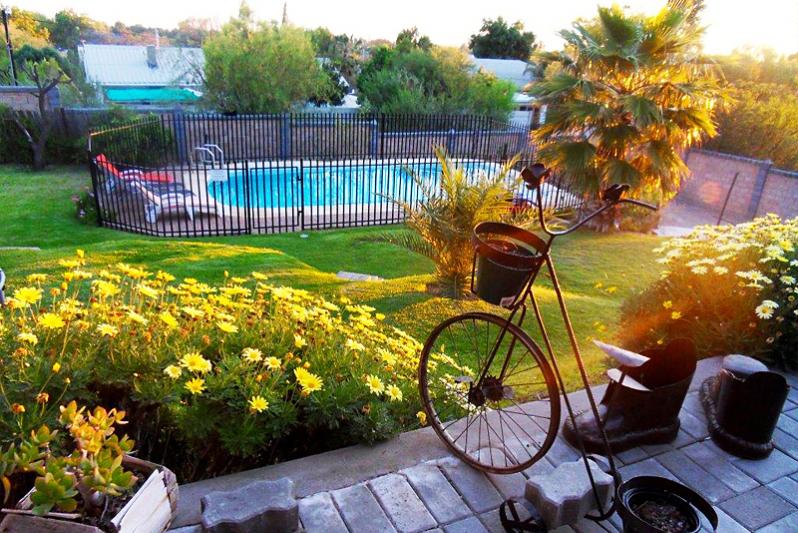 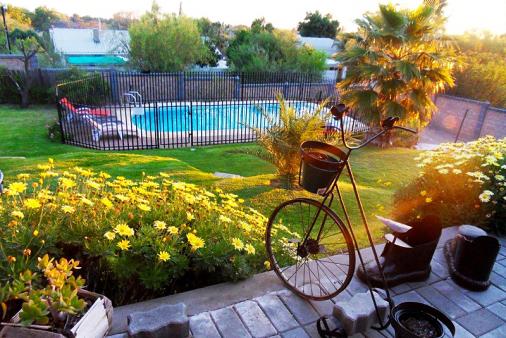 Self Catering in Beaufort West

... Haus Holzapfel offers self catering accommodation in Beaufort West in the Groot Karoo and Klein Karoo region in the Western Cape. The popular self catering accommodation Haus Holzapfel is situated in the up market, peaceful and quiet area in the highest street of Beaufort West . We are 1.1km away from the city centre and the N1 Highway Cape Town - Johannesburg. A homely, friendly and welcoming atmosphere awaits you at our comfortable guesthouse, which opened in September 2007 and is famous for its cleanliness and German standard on quality. Honeymooners and those seeking something special in Beaufort West will delight in the exclusivity that the Suites offer. Haus Holzapfel self catering accommodation consists of 2 sunny and bright Suites which accommodate two to four people per unit. Suite 1 has a German king-size bed (2mx2m) and a sleeper couch (size: doublebed). Suite 2 has two German single beds (1mx2m) and an extra queen size bed on request. The new opened business double room has a double bed with extra length. A patio leads onto the beautiful garden and to the sparkling saltwater swimming pool. Enjoy magnificent sundowners whilst listening to the birdsong and revel in the peace and tranquility that our self catering guesthouse offers. On request your kitchenette will be fully stocked with breakfast cereals, yoghurt, tea, German filter coffee, instant coffee, milk, sugar, juice, bread, butter, jams, cheese and sliced meat. Enjoy this self serve Continental Breakfast on your own patio overlooking the Swartberge. Beaufort West is called "The heart of the Karoo", and it is a popular destination for the Karoo National Park, Game and Hunting Farms, Star Gazing, Chris Barnard Museum, Golf Course, Shopping Mall and cozy Restaurants.
From R500
Per person, per night sharing
Sleeps 30 in 9 units / rooms
Instant Booking Facility Instant Booking
View the full Town List

Beaufort West is about 470 km from Cape Town on the N1 national road. It is one of the few towns that the N1 actually runs through, so it's not unusual to see huge trucks thundering down the main street. Beaufort west has an airport located about 10 km's out of town.

The annual rainfall in Beaufort West is more than 150mm, which gives it the name of the "Oasis town" of the Karoo. There is also an Oasis Hotel, situated on the Main Street. Beaufort West is located on the banks of the intermittently flowing Gamka River and at the foot of the Nuweveld Mountains.

Beaufort West was named after the father of the governor of the time, Lord Charles Somerset. His father was the Duke of Beaufort in England. Later Beaufort was changed to Beaufort West to avoid confusion between Fort Beaufort and Port Beaufort located in the eastern cape.

A visit to the Beaufort West Museum Complex in Donkin Street will not disappoint. The complex comprises of three buildings, the old Sendingpastorie, the Sendingkerk and the Stadtshuis.

The Stadtshuis was the first city hall to be built in the Karoo and sports a beautiful fagade decorated with molded plaster. The museum celebrates the achievements of its former inhabitants, the heart surgeon Christiaan Barnard and the late Minister of Foreign Affairs for South Africa, minister Eric Louw.

Beaufort West has several Hotels, a caravan park and camping ground, bed and breakfast accommodations, and a few lodges. Just outside town is the Karoo National park, complete with 4x4 trails. The park has numerous species of wildlife and some interesting fossil and archeological items.